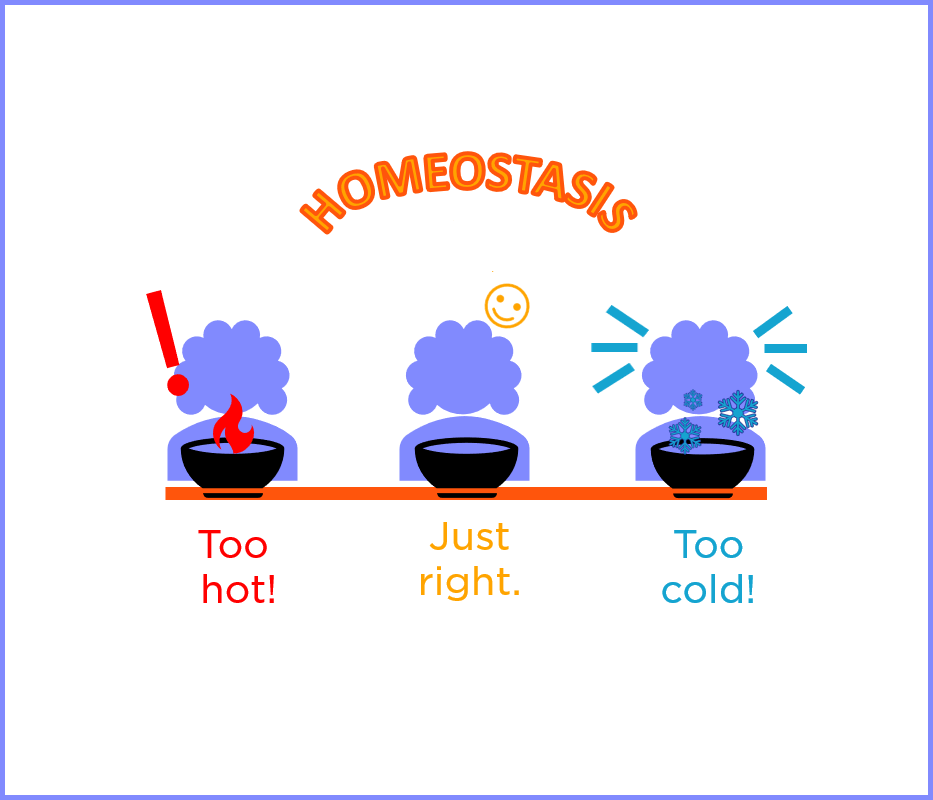 It’s quite fascinating how most people can almost perfectly match energy intake to their energy expenditure. At least in the long-term, you will read texts and study cartoons that will teach you the basics of hunger and satiety. Next, read the article and spend quite a bit of time on the energy value of nutrients: fats, proteins, and carbs.

Some people say: “a calorie is a calorie,” but what do we mean by that? And is it true? Energy expenditure balances energy intake. And did you know that maintenance covers about 60–70% of our daily energy expenditure? And that physical activity only takes up about 30–40%, at least for most of us?

The three macronutrients carbohydrate, fat, and protein, contain energy and thus contribute to energy intake. The energy consumed and not immediately used as fuel can be stored in the body, mainly body fat. The stored energy can be utilized when there is a need for it. If energy intake equals energy expenditure, the energy storage size does not change, and a person is in energy balance.

Energy balance is the balance between total energy intake and expenditure. Strictly, this is not correct. The reason is that energy expenditure is not the only way by which the body loses energy; some energy is also lost in the stools and urine.

Hunger is a very dominant sensation that impairs a person’s ability to focus on other tasks. People can have an appetite without being hungry. Otherwise, nobody would order anything from the dessert menu! You can also have no desire for food even though you are hungry, which may happen in a stressful situation or during an illness.

The correct answer is the meal on the right as it has much more volume, water, and fiber. It will probably take nearly an hour to finish this meal, whereas one could finish the left meal in 15 minutes or less. Because a meal such as the left one is not very satiating, it promotes overeating. Therefore, the brain doesn’t receive the sensory input that tells it to stop eating.

For example, there is evidence that eating an apple is more satiating than drinking apple juice, even if that apple juice was prepared in a blender using the entire apple. It has been observed that consuming energy-containing beverages, which ingests quickly, does not make people eat less of other foods after that, perhaps because calories that swiftly ingest are not sensed correctly.

Prolonging the exposure time to foods (chewing!) causes people to quit eating sooner and consume less energy in total. These findings suggest that consumption of sugar-containing beverages may lead to overeating, which may contribute to the growing occurrence of obesity in many countries.

The beverage industry (and some nutrition scientists) oppose the notion that energy from fluids is less satiating than from solids and that consumption of sugar-containing beverages may promote overeating. However, it seems that some companies are starting to give in and accept this notion.

Consumption of food provides energy in the form of 3 macronutrients: carbohydrate, fat, and protein. The proportion of total energy intake contributed by these macronutrients varies from day to day and between individuals.

In most western societies, protein provides about 10–15% of energy intake, carbohydrates about 50%, and fat the remaining 35% — but these are averages.

Does this mean that we eat more than twice as much fat as protein? The answer is no.

Kcal is an abbreviation for kilocalories and is a unit of energy. We often ignore the kilo, and we talk about calories. How did we get at these numbers? How do we get at the 9 calories for fat, the 4 calories for protein and carbohydrate? These factors are called the Atwater factors. Thus, you must know the body’s flow of dietary energy to understand the Atwater factors.

The total amount of energy in food is known as gross energy. The food’s gross energy is calculated by burning the food in a particular device called a bomb calorimeter and measuring how much heat liberates. However, not all the energy consumed in the form of the three macronutrients enters the body.

A small portion leaves the body undigested in the stools. It’s assumed that the absorbed proportion, which we call digestibility, is a constant value for each of these macronutrients. This digestibility is assumed to be 98% for carbohydrates, fat 95%, and protein 92%. It means that 92% of the energy present in dietary protein is taken up into the body, whereas the remaining 8% leaves the body undigested. The amount of energy that is absorbed is called digestible energy.

About 20% of the energy present in absorbed amino acids is lost in the urine, as part of urea. Absorbed fat and carbohydrate completely combust to carbon dioxide and water; therefore, there is no additional energy loss once these two macronutrients are absorbed.

After the energy loss in the urine, the amount of left energy is called the metabolizable energy. Therefore, it is the energy available for the body to use after losing dietary energy in stools and the urine.

As we pointed out, the metabolizable energy for carbohydrate is 4 calories/gram, 9 calories/gram of fat, and 4 calories/gram of protein — these numbers are known as the Atwater factors. They base upon W.O. Atwater and his colleagues at the United States Department of Agriculture at the end of the 19th century.

The picture provides a graphical illustration of the different types of energy. The total energy coming in (gross energy) is equal to the energy going out in the energy balance.

This is a fundamental issue for many people. They reduce energy intake by a certain amount, for instance, 10% or 20%. They experience that after several weeks of very rapid weight loss, a decrease in weight starts to level off. And at a certain point, they don’t lose any more weight at all. They’ve reached a new equilibrium, where their energy expenditure and intake are balanced or equal. It’s now the opposite situation as we saw for weight gain.

As your energy intake goes down, you start losing weight. Your energy expenditure will also go down because you will consume less energy sitting or lying down as a smaller, less bulky person. Still, even during physical activity, you have less body weight to move around.

As a result, your total energy expenditure will go down. You will reach a new equilibrium between energy expenditure and intake at lower body weight. That’s also very frustrating for many people because they have to decrease energy intake when they want to lose weight.