Your Key To Success: Self Education 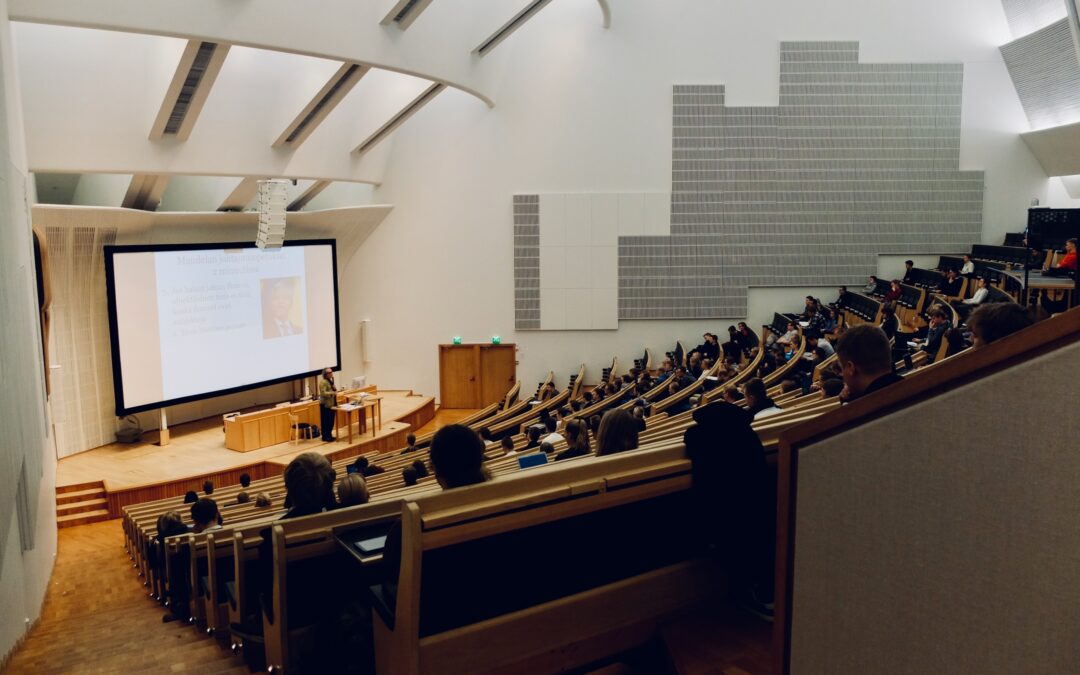 Let’s start with your thoughts on the traditional or current education system. Do you think it’s still necessary for the younger generation to go through that same thing again?

Let me know in the comments below!

The Alternative to College?

Talking about my stance, I don’t want to come off as a bitter person who speaks against the colleges, right? If we didn’t have colleges, we don’t have doctors that saved lives. We wouldn’t have great architects that make the buildings speak – colleges have truly done remarkable things.

The only problem I see, based on statistics, not just my opinion, is that college hasn’t evolved as fast as the economy, technology, and evolution have happened. We’re growing exponentially, and schools are growing linear. And you know, if you Google this right now, one of the most significant sayings is by the time the ink dries on your diploma, the knowledge you learned is already outdated in so many cases.

So what happens is even in the school system (you can Google this too), the cost of schools, universities, and colleges has risen eight times faster than the wages. That’s true. To your surprise, America is 1.5 trillion dollars in college debt alone – the highest in history.

We have a whole generation of millennials who went to school, have college debt, and are not sure what to do with themselves, and it’s developing a whole level of angst.

So on this education system, I feel it’s antiquated in so many cases, and the world realizes it.

Ginni Rometty, the president of IBM, said, “Jobs of the future won’t be blue or white-collar; they’ll be a new collar.”

It means that she wants to hire a new collar – people who go out and gain specialized knowledge; she doesn’t care if they go to school or not. You may have seen that Amazon, Google, and Facebook hire people without a four-year degree if they have that specialized knowledge. So let’s clarify the two.

There’s a general knowledge which is the traditional education system.

And Napolean Hill, in 1937, said, “General knowledge, no matter how fast, how wide, how much of it you get, never results in income creation” – specialized knowledge does—going deep, not wide.

Let’s look at the three ways you can learn:

You may talk about college with your friends, siblings, or parents. Most parents want their kids to go to college and don’t want them to be bum. But I think you don’t need to live like in the old days – no college or blue-collar that have passed.

Those days are gone because there’s this new world. There’s the knowledge industry. There’s self-education – an industry currently at 455 million dollars a day. Forbes says, “It’s going to a billion dollars a day and one of the fastest-growing industries.”

Opt this Approach Today For What You want to Be

People say the hell with trial and error and traditional education; go over here to self-education. Let’s suppose you love designing, being creative, loves artwork. So what about being an interior designer? That would be so much fun, isn’t it?

Let me give you an example of how I think. Learn through self-education. You could go to school for four years, get a business degree, then maybe do an internship, and then perhaps work or job for another company, and over ten years, you could figure out and start your own interior design business. That’s how the world used to see it. Maybe in 10 years, you can do it, or we skip school – we find out how to gain the greatest, specialized knowledge, not the general knowledge!

What you can do is find the top 5 interior designers in your country. Let’s search. Let’s Google and find the five best. Then sit down and craft a letter to that woman or man that you want to work with her and say, “I’ll be the greatest employee you’ve ever had over the next year for free!” Say, “I’ll be diligent, I’ll be self-motivated, I’ll solve problems, I’ll help you go faster. All I ask is I can work around you for a year and absorb your knowledge, and I don’t want any money.”

If, among those five guys you’re comfortable with, you went and worked for the most incredible interior designer, one of the top five in your country, for one year, what would happen when you come home? You would have learned everything they did in 20 years in just one year, and you can start your business immediately!

Then you know exactly where my heart stands!!! That’s self-education at its best. And the things are all of us. Every one of you, who’s reading, we have a capability. We have got an experience we went through. Sometimes your worst experiences are the things people need more than anything. We have the expertise, a skill, a hobby, a passion that somebody right now is starting at day one and need your formation.

So help people extract what they know, share it with others, impact their lives, and get paid to do it in this industry heading towards a billion dollars.

Are you ready to embark on the self-education journey RIGHT NOW?