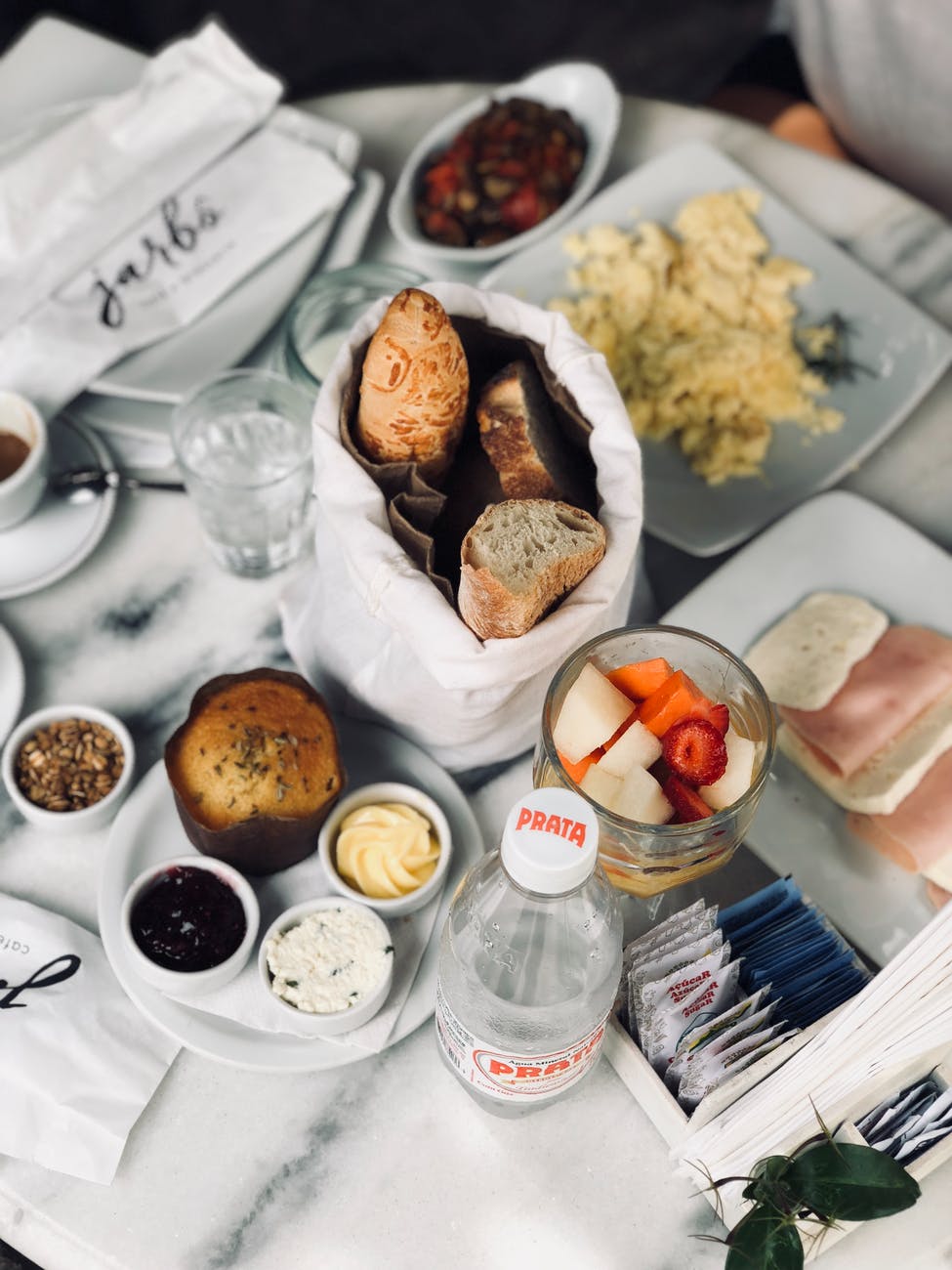 Here, we’ll look at how the body processes dietary fat. It is essential because we need to know what happens to dietary fat after consuming it to link it with the specific effects on the body. Therefore, we need to track it and see where it ends up and how it can impact particular organs.

So let’s start with the consumption of fatty food. For instance, you consume a hamburger. We know that hamburgers contain lots of fat. When I say fat, I mean triglycerides and cholesterol.

So let’s first track the fate of dietary triglycerides. It all starts in the intestine, where it is digested and processed. Dietary triglycerides pack in particles called chylomicrons (specialized particles). They’re tiny lipid droplets coated with a thin protein layer to transport the fat throughout the bloodstream.

These particles produce in large quantities after a heavy meal, and an enzyme called “lipoprotein lipase” captures them — attaches them to the wall of capillaries. This enzyme is critical in two tissues that take up much fat because they need it as a fuel, which is true for muscle tissue. Or because the tissue needs fat to store it as an abundant fuel and energy source. And that is true for adipose tissue.

Likewise, the lipoprotein lipase hydrolyses those triglycerides in the chylomicron particle. As a result, we end up with a particle called chylomicron remnant particle’ that is mostly devoid of triglycerides.

Now let’s look at what happens to the cholesterol, which is also part of that hamburger. The cholesterol is also incorporated into the chylomicrons. But in contrast to the triglycerides, it’s not dropped off in the muscle and adipose tissue. It remains part of the chylomicron remnant particle and then ends up in the liver — this happens in the fed state after you’ve consumed a fatty meal.

Those fatty acids go into the bloodstream and travel to other tissues, including the muscle, to be used as an energy source. But on top of that, they go to the liver and are incorporated into triglycerides.

Basically, some of the fat shifts from being stored in fat tissue to the liver. In the liver, it holds as well as exported as part of a particle called the very low-density lipoprotein. This particle very much resembles the chylomicron particle. It is a little bit smaller but has a very similar composition and is a tiny lipid droplet surrounded by a coat of protein.

So let’s examine what happens to this very low-density lipoprotein particle. It contains triglycerides and, on top of that, cholesterol similar to the chylomicron particle. And its fate is very identical, meaning it is processed primarily through the activity of lipoprotein lipase in the adipose tissue and the muscle.

Now, what happens to the low-density lipoprotein? It serves to transport cholesterol from the liver to tissues that need it. A few tissues need cholesterol since they need it to fuse it into their membranes, to cell membranes of cells in different organs.

So they will take up the LDL particles, and so does the liver. And all these organs do this via a crucial receptor. It’s called the LDL receptor that was the basis for the Nobel prize in 1985 awarded to Brown and Goldstein. This receptor is critical because if it is defective, you cannot take up LDL cholesterol properly, and it remains in your bloodstream.

People with this problem are at risk of premature heart disease. Some other people have an LDL receptor that works exceptionally well, and as a result, they very effectively remove their LDL from the bloodstream and hardly ever get heart disease.

So, in short, I’ve told you about the fate of dietary cholesterol. We’ve discussed chylomicrons as the transport vehicle to get the cholesterol and triglycerides from the intestine to the rest of the body.

We’ve learned that in the fasted state, we have another particle formed in the liver, called very-low-density lipoprotein. When that particle loses most of its triglycerides,

we end up with the low-density lipoprotein particle. But we already know it is a fundamental particle that can promote heart disease!

The picture above depicts the fate of exogenous lipids (=dietary lipids) and endogenous lipids (produced in the liver). Dietary triglycerides and cholesterol incorporate into chylomicrons, which reach the bloodstream after passage through the lymphatic circulation. Shortly after entering the bloodstream, the triglycerides in chylomicrons are broken down by lipoprotein lipase in the capillaries of muscle and fat tissue.

LDL consists mainly of cholesterol, complemented with phospholipids, proteins, and small amounts of triglycerides. In contrast to chylomicrons and VLDL, LDL is removed very slowly from the circulation and mainly in the liver via the LDL receptor. Defects in the LDL receptor lead to impaired removal of LDL from the blood, leading to elevated LDL cholesterol levels in the blood. High LDL contributes to the formation of atherosclerotic plaques via its uptake by macrophages in the wall of arteries.

Certain fatty acids need to be present in the diet. Early animal studies have shown that providing a diet devoid of essential fatty acids leads to low growth and, ultimately, death.

Dr Sune Bergstrom got the Nobel Prize in Physiology and Medicine for secluding and explaining the compound structure of prostaglandins, a subclass of eicosanoids. Eicosanoids have an incredible assortment of functions in the body, including pain, immune function, regulation of blood pressure, and blood clotting.

The primary n-3 fatty acid in our diet is linolenic acid. Linolenic acid is essential because it makes certain prostaglandins, the fatty acids eicosapentaenoic acid (EPA) and docosahexaenoic acid (DHA). DHA incorporates phospholipids in the brain and retina.

EPA and DHA together can also be obtained directly from the diet. They are not presented in plant foods and are highly rich in fatty fish. For this reason, EPA and DHA are often known as fish oil fatty acids.

From linoleic acid, mammals can make arachidonic acid, and from linolenic acid, they can make EPA. See the acids with the formula below:

Arachidonic acid is the primary substrate for the synthesis of eicosanoids. Eicosanoids play a role in virtually every body process by binding to receptors on the surface of cells and inside cells. Eicosanoids separate into distinct subfamilies:

Prostaglandin synthesis requires the cyclization of arachidonic acid via a reaction catalyzed by the enzyme cyclo-oxygenase. The cyclo-oxygenase enzyme inhibits by certain non-steroidal anti-inflammatory drugs (NSAID), including Aspirin and Ibuprofen.

In the USA, the primary sources of linolenic acid in the diet are salad dressing (which contains soybean oil), chicken, and grain-based desserts.

In the Netherlands, essential sources of linolenic acid are margarine and mayonnaise (which contains soybean oil). Vegetarians obtain linolenic acid via the consumption of tofu and other soybean-based foods.

EPA and DHA are procured and stored by fish via their consumption of krill and algae. The algae are uniquely able to produce EPA and DHA, which become increasingly concentrated in organisms as they move up the food chain. Concerns about the sustainability of consuming fatty fish, fish, and krill oil have prompted the production of DHA-enriched algal oil.

Algae are cultivated in unique greenhouses to produce algal oil, followed by their oil extraction. Moreover, up to 50% of the dry cell weight of certain algae species can comprise fatty acids; roughly 30% of the total fatty acids are DHA. Algae are photosynthetic organisms and thus need much exposure to sunlight to grow and produce DHA. DHA from algae (green growth) is already utilized in many infant formulas sold worldwide.