The Stomach and the Brain In A Relationship 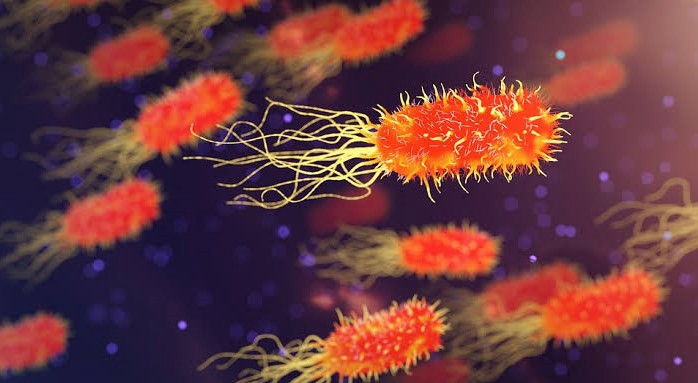 Imagine you have just won 10$ million or eaten the most delicious, warm chocolate brownie ever baked!

In these situations, the brain secretes the neurotransmitter chemicals, giving the feeling of energy, excitement, and happiness. And without these chemicals inside us, we would not feel such emotions during these pleasant circumstances.

So instead, imagine these, maybe:

In these situations, our brains produce different chemicals making us feel stressed and anxious. The highs and lows of life are controlled by emotions and these chemicals in our brains. Surprisingly, this vital organ inside all of us controls everything that we feel, do, and think.

Biologist’s Thoughts and Advancements in the Discoveries

However, biologists found it strange to grasp that each feeling, thought, and action is controlled by a three-pound soggy lump of cells within our heads till they found that this is often not the case.

I am going to share a fascinating new revelation in the understanding of human physiology, that we each have a second brain! An organ in our body controls our physical and mental functions like the brain in our heads. It is the critical link between modern disease epidemics globally, from obesity to cardiovascular disease and even maybe to mental health.

Throwback to the Scientist, Ilya Michnikov

Here is a little introduction to this story. It begins in 1845 with the birth of a curious young boy in Russia, who became an incredible man but was forgotten by history and medicine. Ilya Mechnikov was fascinated by everything in nature, and by the age 8, he was taking notes on all the living things in his vibrant garden. He became so good at the science that he discovered the role of phagocytes, some crucial cells in our immune system, for which he won the Nobel prize in 1908.

It was even more crucial to our understanding of human health through a tale of discovery, death, and self-experimentation as it was his science after winning the Nobel prize.

Every one of us has something in common. We all spent the first nine months inside our mothers’ wombs. Isn’t it amazing? No other living things existed there, just you! You were smothered in an invisible coating of microbes from your mother’s birth canal and these bacteria from the time you emerged into this world grew to form what is now. A 3-pound invisible organ inside your large intestine with the same weight as your brain has become known as microbiota or microbiome.

This invisible organ has grown so much that right now, 90% of the cells in your body are bacterial cells; only 10% are your human cells. So by comparing the cells, we are more bacteria than humans!

This ecosystem in our gut microbes is as diverse as the Amazon rainforest. Thousands of species, all with different functions, and your health are incredibly dependent on the life and vibrancy of this rainforest.

Functions and Effects of Gut Bacteria in the Human Body

Your gut bacteria digest certain foods, produce essential vitamins and hormones, respond to medicines and infections, and control your blood sugar and cholesterol levels. It means the type of bacteria in your intestines can significantly is the risk of certain diseases, from obesity to diabetes, maybe even osteoporosis (a bone disease that occurs when the body loses too much bone). They are involved in every process in your body and function as a second brain.

Ilya Mechnikov figured out this by himself in 1892. He lived in France, Paris, at that time, where the deadly cholera epidemic broke out with 1000s of deaths. Naturally, as a scientist, he decided the best way to study this was by drinking a broth of cholera. Remarkably, he did not get sick. So again, he needed to increase his sample size. He conscribed a colleague to do this. This man didn’t get sick either. But when he recruited another colleague for the same, this man got critically ill and very nearly died.

Mechnikov found that certain species of bacteria from the human intestines supported and stimulated cholera’s growth while other species prevented it by studying cholera under the microscope. He subsequently claimed that the gut microbiota was essential for human health and that the right balance of microbes inside us could help stave off the disease.

However, popular understanding then was that the human gut was a noxious reservoir of toxins. Surgeons have even begun removing entire sections of human intestines in patients with gut discomfort. Unfortunately, Mechnikov’s death in 1916 meant that we forgot his idea that our gut bacteria were good for us.

Nowadays, antibiotics have been discovered and have drastically become overused. C-sections have become common. Diets have become westernized. We spent a century trying to kill microbes, which waged war and turned our intestinal rainforests into barren wastelands.

Currently, 1 in 3 children is born by C-section, meaning they don’t get this initial inoculum or coating of bacteria designed by evolution to be in the mother’s birth canal. Instead, they are first coated with other bacteria (in the hospital environment) on the skin, contributing to up to a 25% increased risk of obesity, asthma, immune deficiencies, and inflammatory bowel disease in later life.

Fortunately, it was realized that we must restore our relationship with gut microbes for our physical health. However, we still underestimate their role as our second brain.

Scientists Experimented with a Mouse

Scientists learned through an intriguing story of a mouse. If mice become colonized by the microbe Toxoplasma gondii, a fascinating thing happens, they lose their fear of cats. They become attracted to cats. So, the microbe ingested by this animal takes control of its brain and changes the way that it thinks and behaves. By delving deep inside the intestinal jungle of bacteria, biologists find some incredible discoveries that change the appreciation for bacteria forever.

The Connection Between the Stomach and the Brain

Our stomachs and brains are physically and biochemically connected in several ways.

Firstly, the intestines are physically chained to our brain through the vagus nerve, which sends signals in both directions. Interestingly, our intestines can continue to function without a connection to the brain, suggesting they have a mind of their own!

Secondly, our brains are made up of a hundred billion neurons that continuously send messages to tell our bodies how to behave and work. Well, it is engrossing. Our gut has a hundred million more neurons.

Thirdly, the microbiomes are in the center of the immune system, which means that a disturbance down there can cause subtle immune reactions all around the body, which, if prolonged, can affect brain health.

Finally, the chocolate-eating and lottery-winning thing demonstrated that neurotransmitters are these chemicals that can change the behavior of thinking, feeling, and acting.

Most neurotransmitters are also produced in our gut, such as serotonin which is naturally an antidepressant. 90% of serotonin is made in our intestines and less than 10% in the brain.

Research by the APC Microbiome Institute of Ireland

In the APC microbiome institute of Ireland, people were fascinated with this link between our stomachs and brains. It is researched how our modern diets and lifestyles impact this gut-brain relationship and how to design interventions to target the microbiota to prevent and treat chronic diseases.

Research shows the types of fats you eat throughout your life can drastically change the types of bacteria in your intestines. In addition, feeding specific strains of bacteria enhanced memory, stress behavior, and hormone levels in animals.

Furthermore, several other researchers worldwide identified lists of food that can act as prebiotics and stimulate the growth of healthy bacteria inside the intestines.

It’s fascinating that our health depends not only on victualing ourselves but upon alimenting other living microorganisms inside us. It signifies future strategies to target and treats chronic diseases, including brain health.

What Should We Do?

As humans, we all need to adopt a greater appreciation for the microbes inside us. Over the last century, the incidental war we have waged on bacteria has led to bacterial extinction and sparked an epidemic of modern plagues. We all have the responsibility and the potential to revive Ilya Michnikov’s scientific inventions that were lost in time and adopt his desire for a healthy human and microbial life.

By educating ourselves on the perils and benefits of C-sections, restricting nonessential antibiotic utilization, or adopting a gut-friendly diet and lifestyle, we can all support the life of microbes we have evolved to live alongside. We can all contribute to this fight worth fighting for our health, but more importantly, for future generations’ health by restoring the relationship between microbes and man.