The Ultimate Guide to the Biological Catalysts 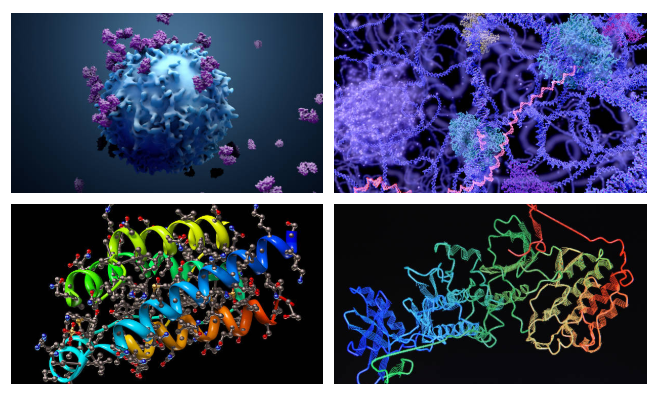 Enzymes are proteins in nature that function as biological catalysts. They speed up the reaction and remain unchanged.

Hydrogen peroxide (H2O2) is the substance that decomposes into water (H2O) and oxygen (O2) if it is left at room temperature for a period of time. Therefore, this reaction could take a long time, but speeds up if a catalyst is added as it increases the speed of the reaction. Remember, each catalyst can only catalyze a specific substance.

The catalyst hydrogen peroxide is called “manganese4 oxide.” If it is added, we will get water and oxygen gas in a very short time, and manganese4 oxide could be obtained again in its original form.

How Do Enzymes Work?

The lock and key hypothesis

You can also assume that enzymes work as a key (substrate) and lock (enzyme). The key should exactly be of the right shape to fit in the lock, and so does the substrate fit into the active site of the enzyme.

They are of two types:

The Dependency of the Enzyme Names

Naming an enzyme depends on the substrate they work on. For example:

Enzymes are able to be used again and are only affected by the change in temperature and pH.

The Step-by-step Process of the Extraction

Antibiotics are powerful medicines that fight bacterial infections and are used for the production of microorganisms.

Some antibiotics, like bactericides, fight bacteria by damaging its white cell walls causing them to burst and die. Other antibiotics interfere with protein synthesis and stop the growth of the bacteria.

They have no effect on human cells (no cell walls) and the structures involved in protein production are different from that of bacteria.

Different types of penicillin are produced by different fungi. They are chemicals altered in the lab to make them more effective and enable them to work with different diseases.