The Wonders of Palm Oil 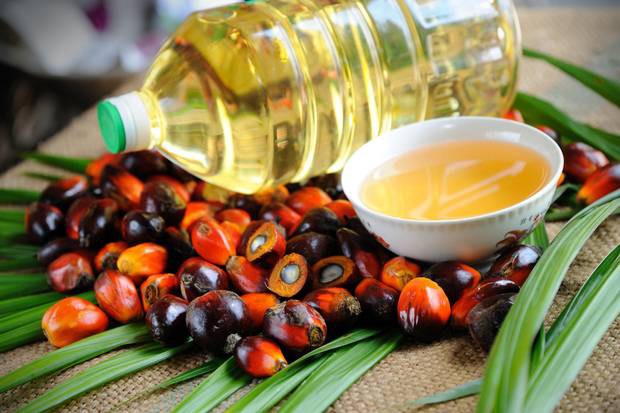 Palm oil is an edible oil derived from the fruit of oil palm trees. It has had many uses, for example, as food and medicine, for more than 5000 years. It is the first-ever product to be traded among various countries. Demand for palm oil increased during the Industrial Revolution in Britain, where it was used to grease factory machinery. By around 1870, palm oil was the main export of some African countries, such as Ghana and Nigeria. Nowadays, its primary producers are Indonesia and Malaysia.

Palm oil is used to produce various soap-based goods as it provides a satisfying lather. Most large-scale manufacturers of processed foods use palm oil because it contains a natural preservative that enhances the food’s shelf-life. Moreover, its smooth and creamy character and absence of smell make it ideal in many recipes. Palm oil’s medicinal properties improve liver health, the immune system, and skin nutrition.

Biodiesel is a fuel manufactured from palm oil, providing fuel for cars and other means of transport. It is widely used because it is both sustainable and less polluting than petrol. Biodiesel is used in furnaces and boilers to heat buildings and produces far less pollution than fuels like coal and gas. The waste materials (shells and bunches of the palm fruit) that result from its production are also used to produce energy.

Further, they are converted into pallets for use as biofuel. After its use in cooking, palm oil is chemically treated to create more biodiesel. In 2007 Disneyland began running its park trains on biodiesel from its cooking oils. This means that it is in high demand as a fuel and for food, giving rise to the ‘food versus fuel’ debate.

Compared with other types of oil, palm oil needs half the amount of land to produce the same amount of oil. Thus, its production is much cheaper than other oils. Because of the oil production from the flesh and the kernel, it is a high-yielding crop, which serves profit to the companies who own and manage palm oil plantations. Also, these plantations bring jobs or employment to local people.

In Indonesia and Malaysia, it is estimated that currently, 4.5 million people earn their living from palm oil production. Additionally, the profits from this industry bring further advantages to local people by providing better roads, sewage systems, water supplies, schools, and hospitals.

However, palm oil production has its critics too! Despite some claims that palm oil has health benefits, recent research suggests that this may not be the case and that its consumption is linked to increased heart disease. Correspondingly, some palm oil companies develop the land without consulting the people who already live there or offering them any compensation for their loss of land.

Damage to the Forests and Natural Habitat

Forests are cleared to plant palm oil trees, and this deforestation produces greenhouse gases and is a contributor to global warming. Such deforestation destroys the natural habitat of many animals, making some of them, for example, the orangutan and the Sumatran tiger, critically endangered species. However, the Malaysian government promised in 1992 to limit the expansion of palm oil plantations by keeping at least 50% of that beautiful country’s land as forests so all is not lost.

Efforts Made to Increase Awareness

Environmental groups such as “Greenpeace” and “Friends of the Earth” campaign to raise public awareness of palm oil issues. They argue that the threat posed to the planet by greenhouse gases outweighs the benefits of switching to biofuels. In 2004, RSPO (Roundtable on Sustainable Palm Oil) was formed. It outlined the environmental and social criteria with which palm oil companies should comply. By November 2012, it served incredible results as RSPO had over 1,000 members! So, in the end, the key will be to minimize the negative ones.